I’ve always believed that love was hard and when you found it, you held onto it with everything you have.

That wasn’t the case with Ryan.

Loving him was easy, but no matter how hard I tried, I couldn’t hold onto him.

Because I wore a crown.

And he was single father raising a child…five thousand miles away. 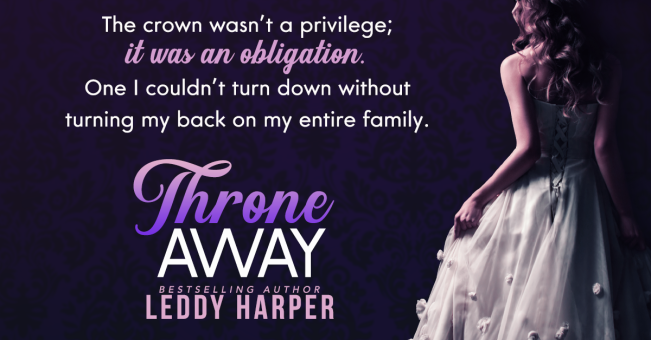 Leddy Harper had to use her imagination often as a child. She grew up the only girl in a house full of boys. At the age of fourteen, she decided to use that imagination and wrote her first book, and never stopped.

She often calls writing her therapy, using it as a way to deal with issues through the eyes of her characters.

She is now a mother of three girls.

The decision to publish her first book was made as a way of showing her children to go after whatever it is they want to. Love what you do and do it well. Most importantly Leddy wanted to teach them what it means to overcome their fears.