The Marines trained me to be a weapon. Tactical warfare was in my blood. I didn’t think twice when I was deployed for the fifth time because I was born battle ready. Then a mission went south and left me with a medical discharge.

Too many years downrange, I didn’t fit in the civilian world. Taking a job with the best security firm in the business seemed like a solid plan…until I was assigned babysitting duty for a spoiled little rich girl. The only thing worse than the assignment was the client’s smart mouth. She thought she could run it—all over me—and not suffer the consequences. She was wrong.

Now she was about to find out how shameless a bodyguard could be.

Sybil Bartel grew up in Northern California with her head in a book and her feet in the sand. She dreamt of becoming a painter but the heady scent of libraries with their shelves full of books drew her into the world of storytelling. She loves the New Adult genre, but any story about a love so desperately wrong and impossibly beautiful makes her swoon.

Sybil now resides in Southern Florida and while she doesn’t get to read as much as she likes, she still buries her toes in the sand. If she isn’t writing or fighting to contain the banana plantation in her backyard, you can find her spending time with her handsomely tattooed husband, her brilliantly practical son and a mischievous miniature boxer…

Here are ten things you probably really want to know about Sybil.

She grew up a faculty brat. She can swear like a sailor. She loves men in uniform. She hates being told what to do. She can do your taxes (but don’t ask). The Bird Market in Hong Kong freaks her out. Her favorite word is desperate…or dirty, or both—she can’t decide. She has a thing for muscle cars. But never reply on her for driving directions, ever. And she has a new book boyfriend every week—don’t tell her husband. 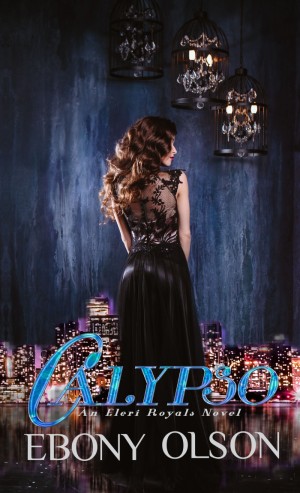 The natural divide is the Eleri River.

The human divide is money.

Ebony lives in Sydney, Australia, with her husband, daughter, and six cats. She loves to read fantasy, thrillers, and paranormal romance, spending most of her free time with her nose in a book or writing.

Having always possessed an over-active imagination she spent her younger years regaling friends with fantastic stories, holding her audience captive with the passion and suspense of her characters plights.

Now in adulthood, she has numerous published works and shows no signs of stopping her imagination from spreading across as many pages as it can find.

Summer 1889. Harrison Fearing Pell hoped for adventure when she signed on with the Society for Psychical Research as an occult investigator. Slogging through New York’s sewers in pursuit of a “mud man” wasn’t exactly what she had in mind. But the reeking monster terrorizing the dance halls of the Tenderloin leads her to an even more peculiar mystery — and the last man on earth Harry wishes to become entangled with.

James Moran is a prodigy in music, mathematics . . . and crime. Harry’s older sister, the famed detective Myrtle Fearing Pell, has vowed to put him behind bars. But Harry owes Moran a personal debt, so when he demands her aid she can hardly refuse. It turns out that the brilliant black sheep of New York Society is part of a secret club at Columbia College whose members have started dying in bizarre ways that may not be accidents.

Thus begins one of the strangest cases of Harry’s career, a tale of murder, cold-blooded revenge and fairytale bogeymen to make the Brothers Grimm shudder. As the bodies pile up, each preceded by sightings of the victim’s doppelgänger, Harry and her stalwart friend John Weston must race against time to save a man who arguably deserves his macabre fate.

This is the third book I’ve read in the Gaslamp Gothic series and I must admit, it’s easily becoming one of my favourites. I adored A Bad Breed and The Necromancer’s Bride and my feelings toward Dead Ringer are no different.

James Moran has been one of my favourite characters of the series by far. Despite being the number one crime lord of the city, he was just so damn adorable. The way he would flirt with Harry (who was having absolutely none of his boyish charm)  had me grinning like an idiot every time. I also loved how vulnerable he was with her (and John when he was there). There was none of this macho crap. He realized the gravity of the situation surrounding his friends’ death and took it seriously.

I also loved Harry. She was a strong badass lady who was just a little bit sarcastic and took no crap from anyone. She takes her job very seriously and is 100% committed to her cases. If my life was in her hands, I’d have confidence I’d live to see another day. Her and John were great to read about as well. I loved their working relationship. They complimented each other so well. The way they figured out things together proved how great of a team they were.

The story and mystery itself was so good. I was absolutely flying through the novel wanting to know how the secret society came to be targeted and by who. With seven men in the society and James Moran being an untouchable crime lord, that leads to a lot of options of people that could want to kill them. Add in the paranormal and this story was just *chef’s kiss*

Seriously though. You guys need to pick up this series. I’m obsessed with it and I can’t wait to see what Kat Ross brings to the world next because everything I’ve read from her so far has been beyond amazing.

Kat Ross worked as a journalist at the United Nations for ten years before happily falling back into what she likes best: making stuff up. She’s the author of the Fourth Element and Fourth Talisman fantasy series, the Gaslamp Gothic paranormal mysteries, and the dystopian thriller Some Fine Day. She loves myths, monsters and doomsday scenarios. Check out Kat’s Pinterest page for the people, places and things that inspire her books.

FALLING IN LOVE ISN’T COMPLICATED…UNLESS IT’S WITH YOUR BEST FRIEND.

A close, easygoing friendship can all change with just one kiss. Seventeen-year-old Remi Beaufort learns this the hard way when she plays a blindfolded kissing game at a party.

She thinks she’s kissing Jeremy, the totally hot basketball player she’s been crushing on. And the kiss…it’s amazing. Heart-stopping, world-changing, toe-curling. The kiss makes her forget about her overbearing mother, the next-door neighbor’s drama, and the probability that she’ll fail her senior year. The best kiss of her life makes all that fall away.

Until her blindfold falls off, and she realizes that instead of kissing her crush, she’s kissing Elijah, her best friend since third grade.

Though she manages to convince Elijah that he was kissing his girlfriend, Remi can’t get the thought of his lips on hers out of her head. As things between them grow more and more complicated—because it turns out her fantasizing about his mouth is more of a problem than it sounds—Remi has to make a choice: does she live the rest of her life loving her best friend in secret? Or does she tell the truth and risk ruining their friendship forever?

Heart-melting and romantic, What Are Friends For? is a swoon-worthy best-friends-to-lovers story that will leave you crushing hard.

Sarah Sutton is a YA Romance author, bringing you stories about teenagers falling in love (sometimes with magic). She spends her days dreaming up ideas with her two adorable puppies by her side being cheerleaders (and mega distractions).

Julia is single and happy, thank you very much. Try telling that to her happily-coupled bestie, though. She’s so determined to pair Julia off, she brings an extra guy friend along on a weekend getaway, in what’s clearly a set-up attempt. Julia’s interest is immediately piqued by sweet, sexy, nerdy Zack. There’s just one problem: he’s still hung up on his ex. Big time.

Despite knowing that – and despite her attraction to him – it doesn’t stop her friends from throwing them together every other second, insisting they’d make the perfect couple. But Julia is determined to friend zone him. At least until he suggests they pretend to date to get their respective friends off their backs.

At first, their fake “dating” is more friendship than fireworks. But as they get closer, the lines begin to blur between them, and Julia realizes she has to either shut down her developing feelings for Zack or let him in. The question is: can she fully trust him with her heart? Or does his heart still belong to his ex? 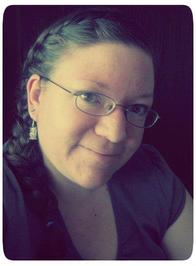 Marie Landry’s life revolves around books; when she’s not writing them, she’s reading them, taking pictures of them for bookstagram, or blogging about them. An avid reader from a young age, she loves getting lost in characters’ worlds, whether they’re of her own making or someone else’s. She particularly loves coming-of-age stories with as much of an emphasis on self-discovery as on romance…but don’t leave out the romance!

When not doing bookish things, Marie can be found daydreaming (in general, but often about traveling through Europe), marathon-watching shows on Netflix, and taking photographs. She lives in a cozy apartment in Ontario, Canada with the best roommate ever, and only sometimes imagines it’s actually a flat in London.