Happy Canada Day to all my fellow Canadians!

In honour of the birthday of this amazing country I am so thankful to get to live in, I thought I would do a TBR of 10 books by Canadian authors that I want to read. Hopefully you guys find some books on this list that you want to read as well!

1. The Handmaid’s Tale by Margaret Atwood 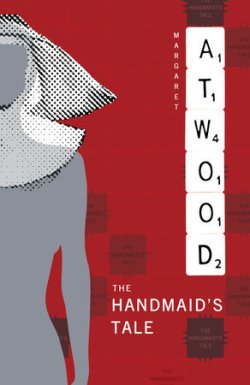 Offred is a Handmaid in the Republic of Gilead. She may leave the home of the Commander and his wife once a day to walk to food markets whose signs are now pictures instead of words because women are no longer allowed to read. She must lie on her back once a month and pray that the Commander makes her pregnant, because in an age of declining births, Offred and the other Handmaids are valued only if their ovaries are viable. Offred can remember the years before, when she lived and made love with her husband, Luke; when she played with and protected her daughter; when she had a job, money of her own, and access to knowledge. But all of that is gone now

Set in the days of civilization’s collapse, Station Eleven tells the story of a Hollywood star, his would-be savior, and a nomadic group of actors roaming the scattered outposts of the Great Lakes region, risking everything for art and humanity.

One snowy night a famous Hollywood actor slumps over and dies onstage during a production of King Lear. Hours later, the world as we know it begins to dissolve. Moving back and forth in time—from the actor’s early days as a film star to fifteen years in the future, when a theater troupe known as the Traveling Symphony roams the wasteland of what remains—this suspenseful, elegiac, spellbinding novel charts the strange twists of fate that connect five people: the actor, the man who tried to save him, the actor’s first wife, his oldest friend, and a young actress with the Traveling Symphony, caught in the crosshairs of a dangerous self-proclaimed prophet.

3. The Couple Next Door by Shari Lapena

It all started at a dinner party. . .

A domestic suspense debut about a young couple and their apparently friendly neighbors–a twisty, rollercoaster ride of lies, betrayal, and the secrets between husbands and wives. . .

Anne and Marco Conti seem to have it all–a loving relationship, a wonderful home, and their beautiful baby, Cora. But one night when they are at a dinner party next door, a terrible crime is committed. Suspicion immediately focuses on the parents. But the truth is a much more complicated story.

Inside the curtained house, an unsettling account of what actually happened unfolds. Detective Rasbach knows that the panicked couple is hiding something. Both Anne and Marco soon discover that the other is keeping secrets, secrets they’ve kept for years.

What follows is the nerve-racking unraveling of a family–a chilling tale of deception, duplicity, and unfaithfulness that will keep you breathless until the final shocking twist.

Calla Fletcher wasn’t even two when her mother took her and fled the Alaskan wild, unable to handle the isolation of the extreme, rural lifestyle, leaving behind Calla’s father, Wren Fletcher, in the process. Calla never looked back, and at twenty-six, a busy life in Toronto is all she knows. But when Calla learns that Wren’s days may be numbered, she knows that it’s time to make the long trip back to the remote frontier town where she was born.

She braves the roaming wildlife, the odd daylight hours, the exorbitant prices, and even the occasional—dear God—outhouse, all for the chance to connect with her father: a man who, despite his many faults, she can’t help but care for. While she struggles to adjust to this rugged environment, Jonah—the unkempt, obnoxious, and proud Alaskan pilot who helps keep her father’s charter plane company operational—can’t imagine calling anywhere else home. And he’s clearly waiting with one hand on the throttle to fly this city girl back to where she belongs, convinced that she’s too pampered to handle the wild.

Jonah is probably right, but Calla is determined to prove him wrong. Soon, she finds herself forming an unexpected bond with the burly pilot. As his undercurrent of disapproval dwindles, it’s replaced by friendship—or perhaps something deeper? But Calla is not in Alaska to stay and Jonah will never leave. It would be foolish of her to kindle a romance, to take the same path her parents tried—and failed at—years ago. It’s a simple truth that turns out to be not so simple after all.

5. The Brideship Wife by Leslie Howard

England, 1862. Charlotte is somewhat of a wallflower. Shy and bookish, she knows her duty is to marry, but with no dowry, she has little choice in the matter. She can’t continue to live off the generosity of her sister Harriet and her wealthy brother-in-law, Charles, whose political aspirations dictate that she make an advantageous match.

When Harriet hosts a grand party, Charlotte is charged with winning the affections of one of Charles’s colleagues, but before the night is over, her reputation—her one thing of value—is at risk. In the days that follow, rumours begin to swirl. Soon Charles’s standing in society is threatened and all that Charlotte has held dear is jeopardized, even Harriet, and Charlotte is forced to leave everything she has ever known in England and embark on a treacherous voyage to the New World.

From the rigid social circles of Victorian England to the lawless lands bursting with gold in British Columbia’s Cariboo, The Brideship Wife takes readers on a mesmerizing journey through a time of great change. Based on a forgotten chapter in history, this is a sparkling debut about the pricelessness of freedom and the courage it takes to follow your heart.

Just after the Second World War, in the small English village of Chawton, an unusual but like-minded group of people band together to attempt something remarkable.

One hundred and fifty years ago, Chawton was the final home of Jane Austen, one of England’s finest novelists. Now it’s home to a few distant relatives and their diminishing estate. With the last bit of Austen’s legacy threatened, a group of disparate individuals come together to preserve both Jane Austen’s home and her legacy. These people—a laborer, a young widow, the local doctor, and a movie star, among others—could not be more different and yet they are united in their love for the works and words of Austen. As each of them endures their own quiet struggle with loss and trauma, some from the recent war, others from more distant tragedies, they rally together to create the Jane Austen Society.

The Lonely Hearts Hotel is a love story with the power of legend. An unparalleled tale of charismatic pianos, invisible dance partners, radicalized chorus girls, drug-addicted musicians, brooding clowns, and an underworld whose economy hinges on the price of a kiss. In a landscape like this, it takes great creative gifts to thwart one’s origins. It might also take true love.

Two babies are abandoned in a Montreal orphanage in the winter of 1910. Before long, their talents emerge: Pierrot is a piano prodigy; Rose lights up even the dreariest room with her dancing and comedy. As they travel around the city performing clown routines, the children fall in love with each other and dream up a plan for the most extraordinary and seductive circus show the world has ever seen.

Separated as teenagers, sent off to work as servants during the Great Depression, both descend into the city’s underworld, dabbling in sex, drugs and theft in order to survive. But when Rose and Pierrot finally reunite beneath the snowflakes after years of searching and desperate poverty the possibilities of their childhood dreams are renewed, and they’ll go to extreme lengths to make them come true. Soon, Rose, Pierrot and their troupe of clowns and chorus girls have hit New York, commanding the stage as well as the alleys, and neither the theater nor the underworld will ever look the same.

8. On The Farm: Robert William Pickton and the Tragic Story of Vancouver’s Missing Women by Stevie Cameron

Covering the case of one of North America’s most prolific serial killer gave Stevie Cameron access not only to the story as it unfolded over many years in two British Columbia courthouses, but also to information unknown to the police – and not in the transcripts of their interviews with Pickton – such as from Pickton’s long-time best friend, Lisa Yelds, and from several women who survived terrifying encounters with him. You will now learn what was behind law enforcement’s refusal to believe that a serial killer was at work.

Stevie Cameron first began following the story of missing women in 1998, when the odd newspaper piece appeared chronicling the disappearances of drug-addicted sex trade workers from Vancouver’s notorious Downtown Eastside. It was February 2002 before Robert William Pickton was arrested, and 2008 before he was found guilty, on six counts of second-degree murder. These counts were appealed and in 2010, the Supreme Court of Canada rendered its conclusion. The guilty verdict was upheld, and finally this unprecedented tale of true crime can be told.

TOP TEN THINGS YOU’LL LEARN WHEN YOU READ THIS BOOK:

9) Interviewing Will Ferrell can be a harrowing experience

After a decade-long absence from our book stores, Canada’s preeminent satirist returns with a new collection of rants, writings, and comic encounters with the great and good of politics, showbiz, and literature. (Yes, relive Pierre Berton offering advice on rolling a joint, and Margaret Atwood showing off her hockey skills as a goalie.) Rick, a tremendous writing talent as well as a verbal one, has selected the best of his rants from the first four seasons of RMR, sprinkled in choice moments from his interviews, added a generous helping of other material that has never been broadcast, and arranged the whole into revealing themes and groupings with all-new introductions, reflections, and updates. Who knew that Stephen Harper was quite so preoccupied with gay sex? That Paul Martin could be so forgetful? That politicians could be so sleazy? Well, no doubt most of us did — but it’s wonderful to have it pointed out again by this brilliantly funny and charismatic talent.