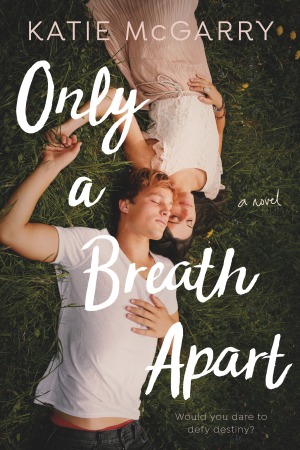 Title: Only A Breath Apart

Jesse dreams of working the land that’s been in his family forever. But he’s cursed to lose everything he loves most.

Scarlett is desperate to escape her “charmed” life. But leaving a small town is easier said than done.

Despite their history of heartbreak, when Jesse sees a way they can work together to each get what they want, Scarlett can’t say no.Each midnight meeting between Jesse and Scarlett will push them to confront their secrets and their feelings for each other. 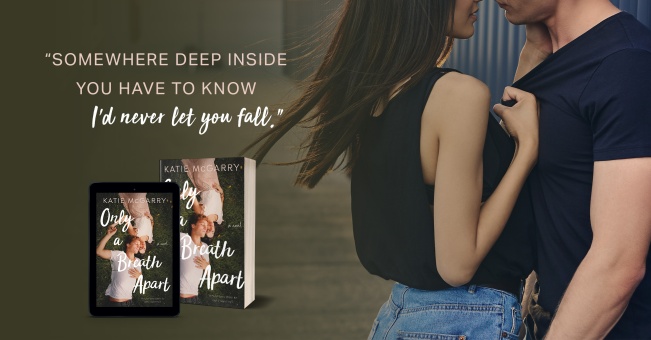 “So you’re the decision maker now?”

If that was meant to make me feel better, it didn’t. “You’ll never vote for me. You’re biased.”

For days I’ve been a stick under pressure, being bent too far. Finally, I snap. “I know you told Gran not to take me in after Mom died and to put me in foster care. You told her I was too broken and couldn’t be fixed. I know because I heard you. Tell me now you’re not biased.”

Guilt flashes over his face, and he tries to hide it as he flips through the folder in his hands. “If it helps, that’s why your grandmother set up the tribunal and chose two other people to help make the decision. Majority vote will win, and she believed you’ll rise to the challenge.”

I’m not sure if I respect him or hate him for not denying what we both know is true regarding the foster care. I’m also not sure how I feel that he doesn’t apologize either.

“She chose people who will give you a fair shake,” he continues. “This isn’t a death sentence. It’s a wakeup call. It’s August, and you have until May to prove you’re responsible. You have time. Take it. Prove me wrong.”

A growing sense of purpose takes root within me, and I do my best to funnel my anger and grief into it. “Who, besides you, is on the tribunal?”

If I tell you then I run the risk of you putting on a show for those people. This is your chance to change for the better. Take advantage of it.” Marshall leaves the paperwork on the antique table, shoves his folder back in his leather bag, and stands. “If it’s any consolation, I want you to succeed, but I want you to truly succeed. I won’t vote for you to keep the land unless you show me you understand what it means to run a farm of this magnitude.”

It’s no consolation. That’s him attempting to ease his guilt for when he votes against me.

“I’m sorry for your loss, Jesse. If you need to talk or if you’d like to stop by for a meal, you’re welcome at my house. And if you get tired of being here alone, you can live with us. We have plenty of room.”

I don’t believe any of that, but I nod because doing so will get him out of my home faster. Marshall stares at me for a few more seconds, as if contemplating saying more, but he doesn’t. Instead he walks out, shutting the door behind him.

His engine purrs to life and rocks crack under his moving tires. Then there’s silence. Maddening silence. I drop into Gran’s recliner, lower my head into my hands and close my eyes. I’ve lost Gran, and now I could lose my land. The only thing left that I love. The only thing in my life that brings me peace. “Why, Gran?”

I strain to listen in the silence, and my gut twists that there’s no response. “I miss you.”

Still no response and my head begins to throb. My cell in my back pocket vibrates. I dig it out, expecting to see a text from one of my friends, but I pop my neck to the right at the sight of Glory’s name. You need to stop by tomorrow night.

Glory: I know of your grandmother’s plan

Glory: But I know who the people are who will be deciding your future.

Glory: Stop by tomorrow at nine. I should be wrapping up my last session then.

Glory: Yes, you will.

Katie McGarry was a teenager during the age of grunge and boy bands and remembers those years as the best and worst of her life. She is a lover of music, happy endings, reality television, and is a secret University of Kentucky basketball fan.

Katie is the author of full length YA novels, PUSHING THE LIMITS, DARE YOU TO, CRASH INTO YOU, TAKE ME ON, BREAKING THE RULES, and NOWHERE BUT HERE and the e-novellas, CROSSING THE LINE and RED AT NIGHT. Her debut YA novel, PUSHING THE LIMITS was a 2012 Goodreads Choice Finalist for YA Fiction, a RT Magazine’s 2012 Reviewer’s Choice Awards Nominee for Young Adult Contemporary Novel, a double Rita Finalist, and a 2013 YALSA Top Ten Teen Pick. DARE YOU TO was also a Goodreads Choice Finalist for YA Fiction and won RT Magazine’s Reviewer’s Choice Best Book Award for Young Adult Contemporary fiction in 2013.