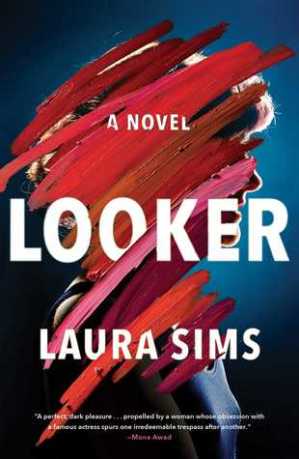 A dazzling, razor-sharp debut novel about a woman whose obsession with the beautiful actress on her block drives her to the edge.

I’ve never crossed their little fenced-in garden, of course. I stand on the sidewalk in front of the fern-and-ivy-filled planter that hangs from the fence—placed there as a sort of screen, I’m sure—and have a direct line of view into the kitchen at night. I’m grateful they’ve never thought to install blinds. That’s how confident they are. No one would dare stand in front of our house and watch us, they think. And they’re probably right: except for me.

In this taut and thrilling debut, an unraveling woman, unhappily childless and recently separated, becomes fixated on her neighbor—the actress. The unnamed narrator can’t help noticing with wry irony that, though she and the actress live just a few doors apart, a chasm of professional success and personal fulfillment lies between them. The actress, a celebrity with her face on the side of every bus, shares a gleaming brownstone with her handsome husband and their three adorable children, while the narrator, working in a dead-end job, lives in a run-down, three-story walk-up with her ex-husband’s cat.

When an interaction with the actress at the annual block party takes a disastrous turn, what began as an innocent preoccupation spirals quickly, and lethally, into a frightening and irretrievable madness. Searing and darkly witty, Looker is enormously entertaining—at once a propulsive Hitchcockian thriller and a fearlessly original portrait of the perils of envy.

“Alone with a bottle of wine, how luxurious. I’ll be alone with one, too, in a few minutes, but the quality of her aloneness differs from mine. Hers is fuller: surrounded, swaddled even – an island on whose shores laps a vibrant, busy sea. Her aloneness is temporary; mine is infinite. Mine spreads out from the center like a puddle, muddying everything it touches.”

When I first heard about Looker, I was intrigued. The synopsis was giving me some slight The Woman in the Window vibes, which was one of my favourite books of 2018. I decided to request it and was fortunate enough to receive a copy via NetGalley.

The problem was, it seemed like it was going to be a mystery or a thriller. It’s not that. Sure, the ending is intense (literally the last 10% at most), but otherwise this story fell a little flat for me. While it started of interesting enough, it seemed overly repetitive and I never felt for the narrator in a way that I probably should have considering the struggles she had to endure with her infertility and her husband leaving her along with her crappy job.

The one thing I thought was nice was that because the narrator was so unreliable, I wasn’t entirely sure what was real and what was conjured up in her mind. Were her negative interactions with people as bad as she thought they were? Were her positive interactions only in her mind because she needed them to be positive in order to not lose her mind?

All in all, I would say that Looker is a fascinating character study about one’s obsession with another caused by a string of terrible events in her life. But because it sounded more like a thriller than anything else, I was a little disappointed. However, I think if you go into it knowing it isn’t a thriller and there is no big mystery to solve, it would be an enjoyable book.