Today we are celebrating the release of The Charm of You by Jennifer Probst. This book is a sexy standalone, RomCom title. Check out the purchase links below to reserve your copy now, and read an excerpt from the book! 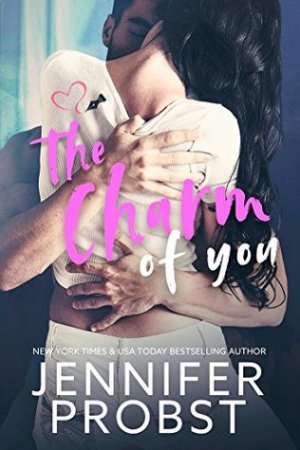 Title: The Charm of You

It Takes Three Simple Steps To Make a Guy Fall in Love with you…
Determination.
Seduction.
Charm.
Let the game begin…

Presley Cabot has come a long way from the overweight, awkward college student who fell hard for the gorgeous track star, Nolan Banks, only to be humiliated after their one night together. Now, she’s one of the billionaire badass owners of LWW Enterprises and has everything she’d ever wanted in life, leaving her past behind.
But when Nolan comes back into town, and doesn’t even recognize the girl he once destroyed, she decides to invoke her own personal revenge. The plan is simple—make him fall hard for her, then dump him. She transforms herself into his perfect woman using three simple steps to spin her web.
But she never planned on getting caught up in old feelings…and new promises…

Nolan Banks leaves Wall Street behind to open up a brewery in his small college town. Finally ready to carve out his life away from the dreams of his family, he never expected to find an immediate attraction to the sexy corporate mogul who challenges him at every step. He falls hard and fast, determined to show her they’re meant for each other, until the truth of their shared past shatters their fragile foundation. But Nolan is playing for higher stakes, and he’s not about to let Presley walk away without a fight. Can he convince her his feelings have nothing to do with the game rules, and everything to do with the woman she is? 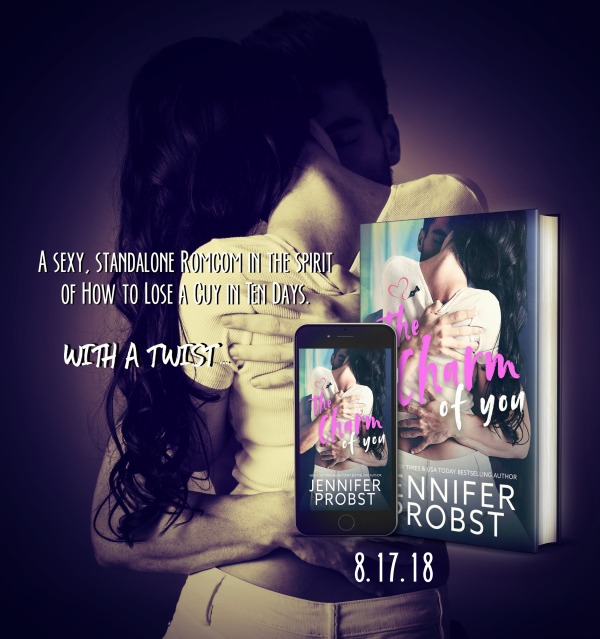 She’d known all along he’d lied about his identity in order to secure this appointment. Admiration flowed through him, along with a strange punch in his gut that urged him closer. The spicy scent of orange blossoms and clove filled the air, making him want to breathe deeper. “How did you know?” he asked, stopping on the opposite side of the monstrous espresso structure that held two oversized monitors, dozens of papers, and a toppling pile of books. “I thought I covered my tracks nicely.”

She gave a half shrug and reached for her Starbucks cup, seemingly already bored with his conversation. “You’re predictable.”

Male pride stung, he still couldn’t help laughing. Why did he have to be attracted to a woman who gave him shit? Would be so much easier to find a more complacent partner for an affair. Unfortunately, Nolan knew it was way too late for him. He was officially smitten. “Then I’ll have to up my game.”

Another shrug. “Maybe you have no game left.” She sipped her coffee and studied him, those stunning eyes shielding her secrets. He ached to know every detail about this woman, but knew he’d have his work cut out for him.

“Come to lunch with me and find out.”

She tilted her head. Tapped her index finger again those bee stung lips as if considering. “Why?”

Her question delighted him. “Because the moment you walked into my brewery I haven’t been able to get you off my mind.”

“How sweet.” She fluttered her lashes. “Too bad I forgot you the moment I walked out of your brewery.”

He dropped into the chair opposite the massive desk and hooked his foot over his knee. He made no attempt to hide his naked admiration for those amazing legs or the brazen way she challenged him to go and try. Her foot flexed, lifting the spiked heel, and those sleek muscles clenched under golden skin. His dick practically wept and got strangled in his jeans. “Ouch. What if I confessed you were the first woman in a long while to intrigue me?”

“Yeah? What intrigues you so much?”

He warmed up to the topic. “Besides your rapier wit, and superior intelligence? Your eyes. When I look into your eyes, I seem to lose track of time. I don’t want to be anywhere else.”

Was it possible she actually looked bored with his compliment? She gave a long-suffering sigh, regarding him like he was mentally challenged. “Please tell me you have better things in your arsenal. And you better upgrade from that Peter Gabriel song because it’s been overdone. I spend every Saturday with a personal trainer who makes me throw up for fun, so I really don’t want to hear about my pretty eyes or wit. Go ahead and bring it. Tell me I have a slamming body and get creative, dude, or I’m throwing you out and you won’t get another chance to bang me.”

God, she was magnificent.

Jennifer Probst wrote her first book at twelve years old. She bound it in a folder, read it to her classmates, and hasn’t stopped writing since. She took a short hiatus to get married, get pregnant, buy a house, get pregnant again, pursue a master’s in English Literature, and rescue two shelter dogs. Now she is writing again.